Eunice Ya-Yu Kao, Taiwan - "Those who can pay have migrant care workers as assistants"

Westberg, Kenneth.  2012.  Eunice Ya-Yu Kao, Taiwan - "Those who can pay have migrant care workers as assistants".
This is a translation of the original article in swedish.

Institution, home care or migrant care workers are the options available for people with disabilities in Taiwan. Migrant care workers come from other Asian countries and work under difficult conditions. Since 2008, however, inspired by Japan, there is one user cooperative with about ten assistance users. 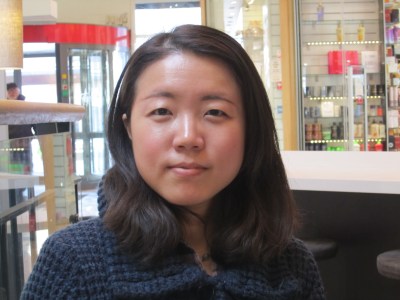 Eunice Ya-Yu Kao is studying at Masters Level at the Institute of Health and Welfare Policy at National Yang-Ming University in Taipei. She is working on a study of the experiences of Taiwanese people with disabilities that use home care services, migrant care workers and personal assistance. Until May 2012 she is an exchange student in Jyvaskyla in Finland and studying the Nordic countries' systems.
- I am studying how much self-determination there is in the various support options on Taiwan. Before I studied, I worked on The League of Welfare Organizations for the Disabled , an organization working for the rights of people with disabilities.

Taiwan has 23 million inhabitants and provides free medical insurance with some fees. A person with disabilities receives a pension of about 4,000 Taiwan dollars, equivalent to 110 Euro/month, the money can be used freely but is not enough says Eunice Ya-Yu Kao.
- About 10 percent live in institutions, 90 percent live in the community but are usually dependent on help from family.
If you receive home care services you can choose between two systems continues Eunice Ya-Yu Kao.
- You can either get 72 hrs / month at no charge or 90 hours / month or pay a fee of 10 percent. The hours alone are not enough for an independent life though. If you want more hours, you pay the price yourself.
How is life in the institutions?
- They live on a schedule, the up at 7, then breakfast, day activities, lunch, afternoon activity, dinner, etc... They may not shower every day, which is a loaded question on institutions today.
Do many want to leave the institutions?
- Yes, I know activists who lived in an institution and who fought to have the personal assistance they have today.

There is a user cooperative in Taipei called “New Vitality - Independent Living association, Taipei". The cooperative started in 2007, currently has about ten regular assistance users and began to provide assistance 2008. The Cooperative's founders had previously been to Japan and were inspired by the independent living organizations there, which had existed since 1981.
- The cooperative employs ordinary Taiwanese as assistants; the money comes from donations from wealthy individuals and from organizations in Japan and Unitedway in Taiwan.
How many assistance hours / day can you get?
- It is possible to have up to 24 h / day. An assistant works 8 hours / day, if you need more hours, you get another assistant. Today roughly 40 assistants work with ten assistance users and some who have assistants sometimes.
Do many want personal assistance?
- Many people want the service without being a member, but this is still very new and many do not know that this option exists. However, there are plans for new cooperatives in southern and central Taiwan.

However, it is common to employ migrant care workers as assistants for yourself or for a family member. A migrant care worker gets a minimum wage, around half the average income in Taiwan. Eunice Ya-Yu Kao does not know how many migrant care workers who are assistants but said that there were 195 000 employed in health care at the end of 2011. Migrant care workers come from the Philippines, Indonesia, Vietnam and Mongolia, and obtain work through agent services.
- They pay about one-third of their income to the agent in Taiwan, which conveyed the work. They remain three years at a time, a maximum of 12 years, and are not normally home for three years. They may only work for the person they are connected to, they live with the person and if the person they work for die, they must go home. Many have families and children left at home.
How much do they work?
- They should not be able to work all day but I know they often have to be available 24 hours / day. They may be on call at night and work all day. More and more may be available on weekends. They also work in the household of the family.
Is that both men and women?
- Only women, male migrant care workers work in factories.
Usually guest workers cannot speak Chinese, they may just learn some basics at the agent’s office. There is some debate about the system of guest workers says Eunice Ya-Yu Kao.
- It is often the only way to get help if you have a major disability. While everyone knows that they work too many hours. There is also a major language problem because they speak very poor Chinese.
Who can afford to hire migrant care workers?
- People with middle income and above, most cannot afford it.
Eunice Ya-Yu Kao provides an example of a woman who has had migrant care workers as assistants since she was small.
- As a teenager, she had an assistant in the school, who waited outside the classroom or did housework at home. The assistant went to school and helped with toileting and food. Now the woman works and still has a migrant care worker at her workplace.

They are no political parties in Taiwan that push the issue of personal assistance, but the assistance user cooperative and other disability organizations press the government. Eunice Ya-Yu Kao wants a system where assistance cooperatives will be spread throughout Taiwan, but she would also like to see a reform of the migrant care worker system.
- If it were possible, people want to hire Taiwanese, but today the migrant care workers system is our assistance system in practice and the government has not put a lot of effort into reforming it. They just put some restrictions on who can hire migrant care workers.
The system should be changed so that the migrant care workers as well as users can choose who they work with and that they may work normal working week of 42 hours, says Eunice Ya-Yu Kao.
- They should also help them to learn Chinese, Taiwanese culture and the grounds in support to the disabled. Taxes, however, are low in Taiwan, and people do not want to pay more tax, which the government uses as an excuse not to change anything.

Eunice Ya-Yu Kao says that some children with disabilities still go to special schools, while others go to regular schools with special classes for certain courses. Availability in Taipei is pretty good she says.
- Metro is available, for example, but the trains in the country are worse. It is in general much worse in the countryside.

How are with disabilities viewed at in Taiwan?

- It is changing, ten years ago, many regarded disabled people as dependent and without capacity. Many people still think they are a burden to society but more and more people will know they have the capacity and today there are parliamentarians, writers and artists who have disabilities, says Eunice Ya-Yu Kao.