In 1961, German-born teenager Adolf Ratzka was paralyzed by polio. He seemed destined to spend his life in institutions, but at 22 won a scholarship to study in California. The U.S. was then the only country with facilities, such as a personal assistant and a car that could be driven by wheelchair-bound people, enabling severely disabled persons to pursue normal academic study. 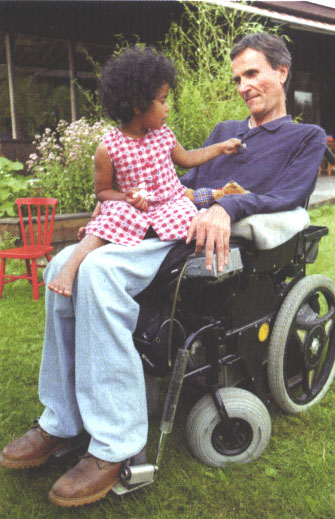 "I was catapulted from the vegetable existence of a German hospital to the hotbed of flower-power activism," says Ratzka. But in 1973 when he moved to Sweden, he found that attitudes were very different. It was, he says, "a highly regimented climate. The social authorities sent people to help. But the help was offered at their terms. There was no flexibility." So in 1984 he founded the STIL cooperative (the Stockholm branch of the American Independent Living movement), which employs 1,300 personal assistants for people with special needs, all recruited, trained and managed by the 200 members they help. Ratzka argues that being an employer rather than merely the recipient of care helps promote a much needed sense of empowerment. He has since co-founded the European Network for Independent Living and won EU funding for pilot projects in Slovakia. His ideas may have traveled well, but Ratzka notes that there are still obstacles to overcome. "I cannot go by ordinary bus," he says. "Is that because I had polio 37 years ago, or because the transport authority do

esn't buy buses that will work for everybody?" 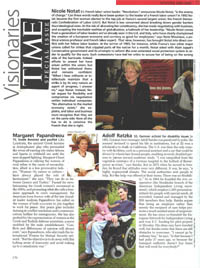 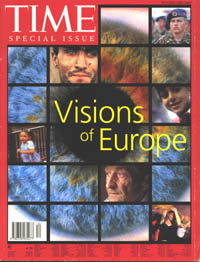