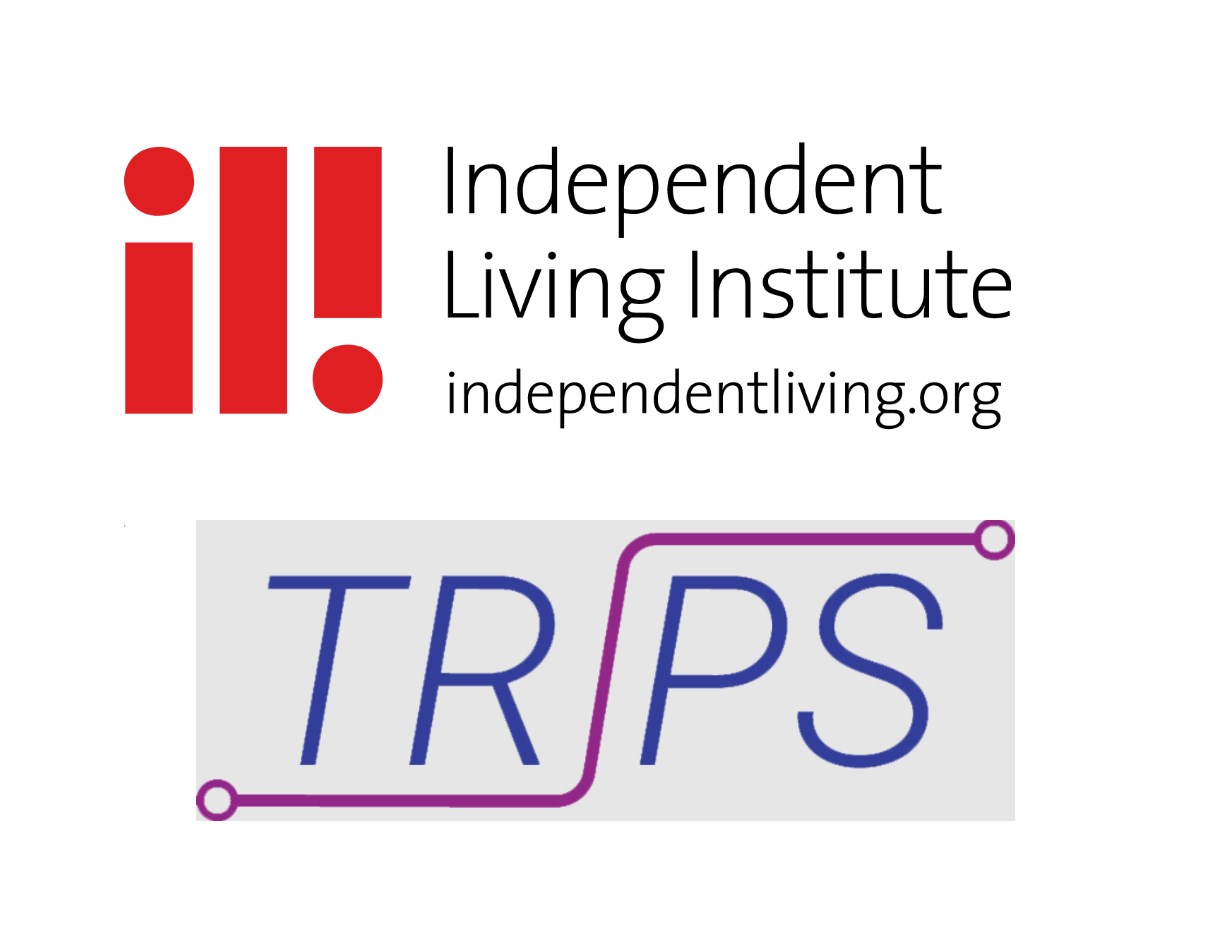 The ambition of TRIPS  is to make public transport more accessible for persons with disabilities, elderly voyagers and really everyone.

People in the Stockholm working group

We made short presentations on Youtube where Stockholm working group members (some of us at least) talk briefly about what we did and what we learned from the project. .

Organisations in our network: 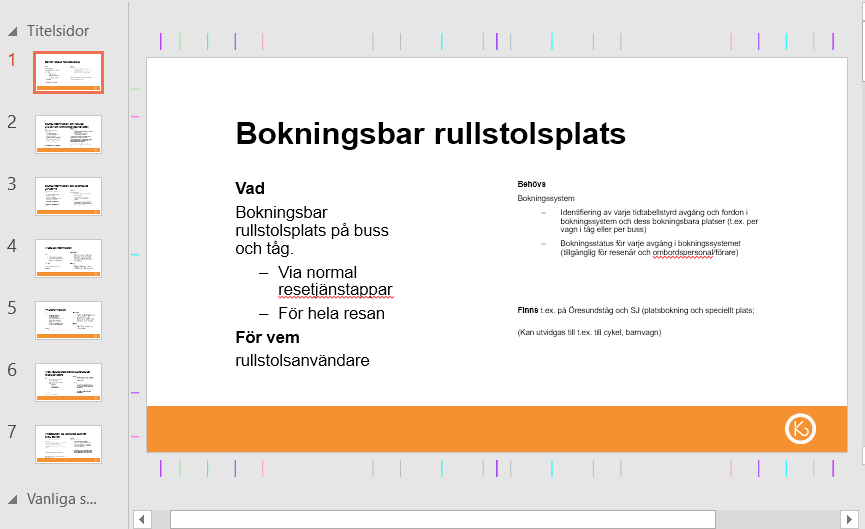 We started with several ideas for an application that would make public transport more accessible for persons with disabilities:

We then made a rough prototype that combined these ideas and tested it, made changes and retested.

Here are some screenshots from the different versions of the prototype: 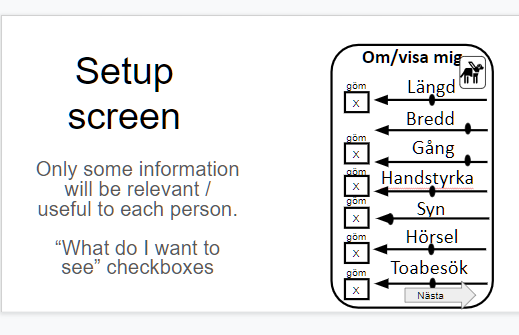 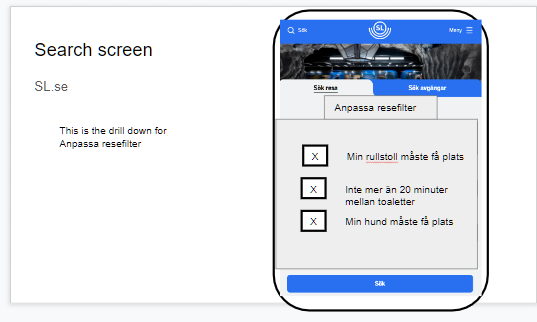 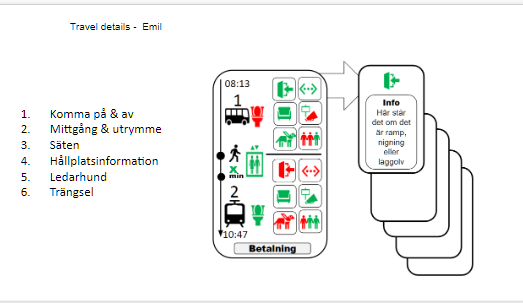 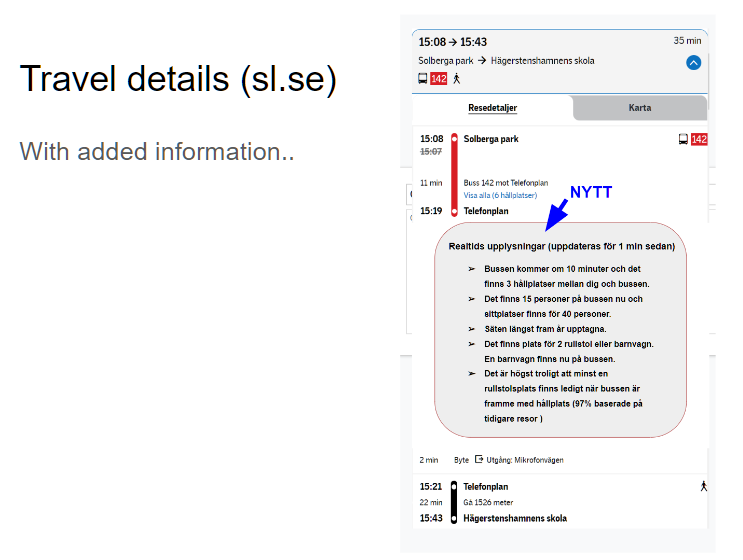 We didn’t actually make a working application, as this was not required from the Stockholm working group, but we learned a lot from the prototyping. Many, if not all, of our ideas for apps require real time data from public transport providers to function, data that isn’t available today, but because we knew that we were not going to make a working application, we could ignore this and proceed without any imposed limits to our application. We could imagine that anything is possible, which sounds good but has drawbacks.  What we do believe is that existing mainstream apps for travel information - like Google maps and transport providers own apps are where this information and functionality really needs to be. You know - Universal Design.

Other things we accomplished

We put together an outline on needs and accessibility – see link. (powerpoint)

A project was carried out through Vinnova in partnership with Lunds University. Two other projects were applied for with the K2 project to start at the end of TRIPS in January 2023.

Vinnova - The project Digital travel support in public transport for travellers with varying needs, was financed through Vinnova's call for changes in travel habits and sustainable mobility. The project was carried out from November 2021 to March 2022. The project proposal was developed during a series of workshops that were conducted within the framework of the EU consortium TRIPS (TRansport Innovation for disabled People needs Satisfaction), with the goal to improve the transport systems in seven European cities for people with disabilities through co-production and participation. During 2021–2022, the TRIPS working group in Sweden conducted a series of workshops with the aim of identifying and developing proposals for solutions that could promote increased accessibility and independence in public transport. The group grew during the process and at most included around fifteen people. There were representatives from the disability movement and stakeholders from the transport area.

The first report highlights national and international examples of initiatives for digital development in public transport about information towards users. A certain outlook on the research and on the available basic data was included.

Relationship-building and mobilization of actors and key persons have formed a significant part of the project's feasibility study. Dialogues have been held with representatives of regional public transport authorities, other authorities in the area, application and software developers, industry and consumer organizations and more. The intention of the dialogues has been to provide in-depth knowledge and insight into the area as well as to identify conditions and obstacles for further developing digital travel support within public transport.

The project group consists of the report authors, Vanessa Stjernborg, assistant lecturer in traffic and road, Lund University of Technology/K2 and Gustav Lopez Svensson, project assistant traffic and road, Lund University of Technology/K2. The project also includes Jamie Bolling, operations manager at the Independent Living Institute (and who is responsible for the Swedish part of TRIPS) and Jan Persson, docent in computer science at Malmö University, as well as research leader at K2.

This was a preliminary study with a hope for a second and longer project. Unfortunately, the second project was not approved.

What possibilities does the future hold?

Through the K2 project which is to start in January 2022.

Possible EU project – The 15 minute city transition pathway.  Our proposal is about studying the concept more from a critical perspective and highlighting the importance of including different groups in the planning process. The idea is to work based on the concepts of "outskirts" and "neighbourhood" in relation to the 15-minute city and investigate how to achieve good and sustainable accessibility for all the municipality's residents. Sweden, Estonia, Italy and the Czech Republic are involved in the application. Independent Living Institute will participate in the application as an expert in the field of accessibility for all.