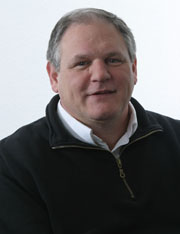 Speech 28 November 2008: The Development the IL-Movement in Germany

Horst Frehe is a national economist and judge at the Social Court of Bremen, Member of the State Parliament in Bremen for the GreenParty, one of the founders of the "cripple movement" in 1977, member of the independent living movement of Germany, and is active in several disability groups, for example "Forum of disabled lawyers."

The roots of the German Disability Rights Movement are to be found in the sixties. Then, young people with disabilities felt patronized by the impairment-related parents-organizations. So they founded new organizations, the so-called “Clubs of Disabled and their Friends” where disabled and non-disabled young people met basically for leisure activities. In the early seventies followed some groups of disabled people who had met at adult education-schools; they fought against architectural barriers. In 1978 Franz Christoph and myself founded the “Cripple Movement” to discuss the relationship between the disabled and non-disabled community. The main discussion was: “How to overcome the domination of the non-disabled leaders in the disability-movement and in society?” The best way to develop a "Cripples' Consciousness" appeared not to be partnership, but opposition to the non-disabled oppressors. In a concrete perspective we fought for personal assistance, accessible public transport and accessible apartments.

An important change came in February 1980 as a result of a court decision that made history as the "Frankfurt Judgment". In this highly debated decision, a vacationer was granted a reduction in travel expenses because she had to bear the sight of severely disabled persons on her holidays. Immediately numerous protests arose and a nation-wide demonstration with 5000 demonstrators from all over West Germany took place, a lot of them disabled. A gathering like this had not been seen in Germany before. As a result of this demonstration we decided to build a coalition of the different disability groups to fight against the UN International Year of the Disabled in 1981. Being well aware that disability officials would only use it as a platform to sing their own praises without actually making any changes, we decided to use the UN year for our own pur-poses. As a group of activists we chained ourselves to the stage at the opening ceremony, thus preventing the Federal President from delivering his speech. Our slogan was "No speeches, no segregation, no violations of human rights".

With the end of the UN year the movement developed in mainly two subdivisions. One was basically concerned with establishing infrastructure for disabled people, mainly building assistance organisations; the other was focused on their political representation. The Bremen Cripples' Group very early developed a system of "peer counselling" even though the term was yet unknown in Germany. But it was only after a conference in 1982, where British and US-American concepts on Independent Living were intro-duced at a conference in Munich, that the ideas of independent living and peer counselling gathered momentum.

In cooperation with the Green Party in 1986 a group of disabled activists visited some US-Independent Living-Centres in Boston, New York, St. Louis and Berkeley (Cal) to understand how the US-IL-movement was organizing advocacy, peer counselling und political lobbying in the communities. On this occasion I got to know Judy Heu-mann and Marilyn Golden in California. We were very impressed by the political success of the success of their political organizations. Compared to Germany, the US-society had a very different approach to and philosophy of understanding disability. Whereas the medical or rehabilitation model of ‘disability’ was predominant in Germany, in the US the ‘social’ and the ‘civil rights’ model was much more accepted in the society.

So some activists’ groups in several German towns decided to start with Independent Living Centers in Germany. From the very beginning of the so called “Self-Determination-Movement”, it was intended to combine the individual and collective perspective of organizing our lives independently and outside of institutions with a human rights perspective. Non-segregation, self-determination and being the expert of one's own life were the central issues of the German Disability Rights Movement. Today, there are more than 20 such centres throughout Germany, meanwhile united in an umbrella organization founded in 1990, which is our national advocacy organisation.

After visiting STIL in Stockholm and learning from Sweden, we built the first Cooperative for Personal Assistance in Bremen in 1990. Our concept is a little bit different from STIL. I would describe STIL as a ‘Producer Cooperative’, that means, that the members are the employers of the assistants and responsible for their hiring and firing as well as for the budget. In Bremen we chose a ‘Consumer Co-operative’ model, were the cooperative is the employer, but the member chooses his or her assistant in an assessment procedure. We have also the direct payment model and cooperatives of employers like the “Verband behinderter Arbeitgeber (VbA)” in Munich. But in Bremen, Hamburg and in Vienna (Austria) we prefer a model which includes more people who are afraid of taking the burden of being an employer themselves.

Besides counselling and assistance, mobility and a barrier-free environment were important issues as well. To influence the national and European policy, some of us joined the Green Party to introduce disability rights into laws and the constitution. At a Conference with the European Greens in Strasbourg we formed the “European Network of Independent Living” (ENIL) and we elected Adolf as chairman.

Also as a result of the 1986 visit to the USA, we started lobbying for a German Anti-Discrimination-Act similar to the US 505 Rehabilitation Act. After the passing of the Americans with Disabilities Act (ADA) in 1990 we organized a conference in Germany with our American friends to understand how to establish disability-rights legislation in Germany too. With a small group of political activists we produced some legal proposals for the German Bundestag – our Federal Parliament. The process of the Re-unification of the two parts of Germany after 1989 and the subsequent amendment of the German Constitution gave us the opportunity in 1994 to achieve the insertion of the sentence: "No person shall be disfavoured because of disability." This was the door-opener for a legislation intended to establish the obligations of equal rights, barrier-free-environment and non-discrimination on the federal level. After we got these ideas fixed as political proposals in the coalition-treaty of the Social-Democrat- and Green-Coalition in 1998, nothing really happened because of massive preconceptions in the Federal Law Department.

So we formed a lobby group of lawyers and judges so called “Forum of Disabled Lawyers”. With this Forum we produced a proposal of an “Anti-Discrimination-Act for People with Disabilities”. This proposal was the nucleus of the following legislation procedure in the Bundestag. Two of us were involved in formulating the draft law. In May 2002 the “Federal Act on the Equalization of Disabled Persons” came into force. This Act regulates the competences of the federal state in terms of accessibility of federal buildings, public transport and communication with federal authorities which meant that further legislation would be needed on the states' (Laender) level – all of them now have respective laws – as well as a civil anti-discrimination law which came into force in 2006 – after a long and tedious debate, because certain political powers opposed the inclusion of disabled people. This legislation had to be passed because of the European Anti-Discrimination Directives following Article 13 of the EC-Treaty.

In Germany the competence for legislation in nearly all aspects of barrier-free-environment, preschools, schooling and universities is situated on the state level (Bundeslaender). So we try to influence legislation on building codes, public transportation and mainstreaming education as well as on disability rights for patients in psychiatric institutions in the different states. That is why we have now two members of the Disability-Movement in state parliaments from the Green Party (Andreas Jürgens and me), two from the Left Party and one Left Party member in the German Bundestag. Political lobbying should be a challenge which is as important of the Independent Liv-ing Movement as building a Cooperative for Personal Assistance.

Besides legal equalisation, disabled people's right to life was a major issue for the German Disability Rights Movement from the very beginning. The discussion of eugenics – a legacy from the Third Reich – and, later on, bioethics were central to the movement. After the invitation of the Australian bioethicist Peter Singer by Germany’s biggest organization for cognitively disabled people in 1989 an im-portant part of the Disability Movement organized protest campaigns on that subject and is involved in political lobbying and discussions in society ever since. Likewise the fight against assisted suicide and against the legalization of euthanasia is an important part of the German Disability Rights Movement. An alliance consisting of the Disability-Rights- and the Anti Eugenic Movement was able to develop enough political pressure to prevent the German government from signing the "European Convention on Human Rights and Biomedicine". Instead of providing protection against biomedical intervention, the document followed the logic of bioethics, thus rendering disabled or otherwise incapacitated persons as "humans of lesser value" who can be used for research or as transplant donors. Another bioethical issue was and still is very important for the German Disability Movement: prenatal testing and selective abortion.

Disabled women organized themselves very early in the eighties in the “Cripples Woman Movement” as a separate organization with a different agenda than the male dominated “Cripple Groups”. They got involved in local and na-tional women's issues. In the context of the emerging feminist criticism on the (then) new genetic and reproductive technologies, they confronted the non-disabled critics with the connection between eugenics, genetic counselling, and selective abortion, thus starting the discourse on the question how political private decisions in the reproductive sector were (and still are). Another major merit of the disabled women's movement is having brought the issue of the sexual abuse of disabled girls and women to public attention and having successfully demanded meas-ures for prevention as well as for a more severe punish-ment of perpetrators. In 1996 the national disabled women's network was founded.

The German Disability Rights Movement, which consists mainly of the same persons as the Independent Living Movement, in Germany called “Self-Determination Movement”, observe many aspects of saving the Human Rights und Equal Opportunities for people with disabilities. The challenges need a wide spread of activities for the different subjects. There is space enough for all and we could do with a few more. “Yes we can!”